Archive for the tag “theology”

You’ve got to be yourself

I called this blog Ruminations. When cows chew and chew and chew on grass, it’s called ruminating. This is a question I’ve been chewing on for a long time:  What does it mean to be yourself? Can we ever really be free?

These things move within you as lights and shadows in pairs that cling.

And when the shadow fades and is no more, the light that lingers becomes a shadow to another light.

And thus your freedom, when it loses its fetters, becomes itself the fetter of a greater freedom.

– Kahlil Gibran: The Prophet, On Freedom

END_OF_DOCUMENT_TOKEN_TO_BE_REPLACED

The End of Wishy-Washy 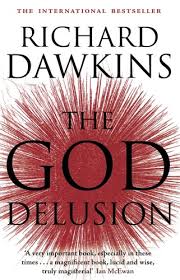 I have been reading The God Delusion by Richard Dawkins. Honestly speaking, I did not think it would have any effect whatsoever on my faith. It has.

I got through the first sections of the book fine – taking in my stride the scorn and ridicule that Dawkins pours upon religion. This is what I had expected. One section – the argument for religion based on personal experience – I did think could have had the potential for knocking my faith. But he seems to have limited himself to ridiculing religious visions and hearing voices and leaving it at that.

No. What got me was the chapter on the Roots of Religion. There is a much under-developed argument (most of his arguments are under-developed) that the existence of the soul, or the ‘God within’, or even Being, may be a psychological trick:

The psychologist Paul Bloom… points out that children have a natural tendency towards a dualistic theory of mind… A dualist acknowledges a fundamental distinction between matter and mind. A monist, by contrast, believes that mind is a manifestation of matter – material in a  brain or perhaps a computer – and cannot exist apart from matter. A dualist believes the mind is some kind of disembodied spirit that inhabits the body and therefore conceivably could leave the body and exist somewhere else. P. 209

He goes on to develop this theory very poorly and, I think, has missed out on an opportunity to strike out a very powerful argument for God – ‘I feel that He exists within me’. But I have developed it myself and it has given me a real problem.

How do I know that feeling the God within me is not just a trick of my brain? There is no way of knowing whether or not such a God exists. Essentially, believing in such a God is wishful thinking. To believe in such a God is almost an act of will – a choice. I want to believe in God; therefore, I will search for that which is God and when I find something that fits that label I will call it God. It doesn’t matter if that is not what people will conventionally call God, because I have found it. And I will maintain such a loose understanding of what God is that when people challenge it, it will morph. This understanding of God as ‘Being’ is essentially the making of the ‘spirit’, ‘soul’ or ‘inner self’ into the divine. It is making dualism (as defined above) sacred.

God as an inner reality was my trump card. All other qualities of God were secondary – such as transcendence, power, ability to work miracles, creator, goodness. The question was not whether or not God exists as figuring out what God is.

First of all, I’m not doing spirituality on my own any more. That happened before The God Delusion. I am grateful, at the moment, to be in a Church and building a new faith based on a tradition of rigorously figuring out how to make good sense of God.

I had to lay to rest the idea that I could figure God out by feeling. I had to stop trying to access God by efforting.

I had to move the location of God to outside myself. I had to stop turning inwards and start looking outwards. The point here is that connecting with God is not so much us meeting Him as Him meeting us.

I picture it like this: meeting someone can happen in a number of ways. I can meet you at your house, or you can meet me at my house, or we can both meet each other, say, in the park. Under my old model, meeting God was like meeting in the park. I was searching, and I found who I was looking for because I really wanted to. I didn’t know when God was going to show up and wasn’t sure what he would look like, but I found something that looked pretty much like God and named it so (Waiting for Godot much?). Under my new model, God is coming to my house at my invitation. In Revelations 3:20, God says:

Behold, I stand at the door and knock. If anyone hears my voice and opens the door, I will come in to him and eat with him, and he with me.

I think that more what it’s like. God is coming to see us, and we can let him in. But I think we have to invite Him first.

If God is a reality outside of me, I can’t know Him well enough to be able to just say what I like about Him and believe it to be true. I cannot be wishy-washy. I actually might be wrong. I have to be careful, I have to check my statements against reality. I have no control over Him; and I don’t have to like everything He does. I cannot use Him for my own ends. I cannot own Him. This, I believe, is why He gave the commandment, ‘Do not use the Lord’s name in vain’.

I have just finished reading a book about the history, the story of the formation of the Christian Creeds. For the first time, I have started seriously engaging with theology and I have realised that it can do a lot of strange things to your mind. I realised two and a half things:

1) When you start to pick apart Christianity you get to a whole bunch of paradoxes. This reminds me that (1.5) theology is not supposed to make you believe in God, but to explain Him. 2) We believe a lot of things which are over-simplified versions of much more difficult to explain things. My example of this is that Jesus is not really God despite that fact that this is what almost all Christians believe.

END_OF_DOCUMENT_TOKEN_TO_BE_REPLACED

When I was younger, I remember hearing a question that was something like a riddle, or perhaps a koan. It went like this: if God is omnipotent, can he create a rock that is too heavy for him to lift? The point being, of course, to illustrate a paradox: an omnipotent being cannot limit its own omnipotence.

Recently, however, I noticed that God has done exactly that. God has blown the omnipotence paradox to bits. If before I was unsure of God’s omnipotence, I am now fairly sure that God is at least more capable than I thought. Of his absolute omnipotence I remain unconvinced (as in the manner of many Unificationists).